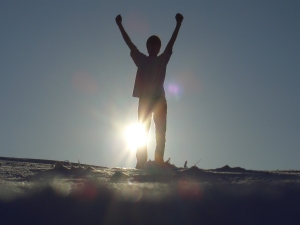 For the last few weeks we’ve been attending a new church. I love my other church, and hope to one day visit, but after a month of illness and some scheduling conflicts it seemed God was pushing us in another direction. I’ll admit that that first week I walked in with preconceived notions. I’m not sure what those notions were exactly, but I knew I didn’t expect to feel comfortable, especially since the topic was on finances and tithe. Not that I care one way or the other, it’s all God’s money anyway, right?

But the last church we checked out I felt like a squirrel on its last leg with a bunch of vultures soaring above. I think it was because it seemed like they had their own preconceived notions, or maybe it’s because it was a Baptist church 😉 Anyway, their approach in greetings was as if we were new Christians, or not Christians at all, but then maybe they could tell we were Wesleyans and not Baptists  *wink, wink*  and were ready to transform us to their way of theology.

Seriously, I’m just joking, I love all my Baptist family and friends. I dislike arguing theology almost as much as I dislike politics. There should be no argument when it comes to Christ Jesus. The message is simple as John 3:16 testifies, For God so love the world that he gave his only begotten Son, that whosoever believeth in him shall not perish, but have everlasting life. (KJV)  Of course that believing includes believing there is no other way to God except through belief in Jesus, the belief that he died and rose from the dead.

Anyway, I guess my ADD is showing. :/So, back to what I was talking about.

But then the band began to play. I sang, albeit dragging my feet a little because I missed our little praise and worship team. The second week I sang with a little more heart, but I still missed the other church. This week  I let it go.  I ignored what I wanted and gave it all over to God, all of it. I sang out, raised my hand. I invited the Holy Spirit to totally move in me. In ME.

I have a friend who moved from Kansas to Maine about ten years ago. The one thing she kept saying was how much the church lacked in praise and worship, but then she’d say God was moving in her. She needed to be able to praise whether she felt moved by the music or not. I thought of her and our conversation this morning right after I lifted my hands to God.

Funny, the message was on tithing and being managers and not owners of what God gives us. Not just in finances but in everything, my gifts, my compassion, my love…everything and anything God has laid upon my heart is His and I need to be a good manager, not an owner and horde the things.

I knew Yours for Eternity, the working title for the book I sold to Emily Rodmell at Love Inspired Historical was a God thing from start to finish. The book was written in less than 55 days. Not a giant feat for some writers, but for me it kind of was. Revisions took less time. And then I sent it through a critique group, well about 2/3rds of it went through. I sold it before I could send the last 1/3.

So, yeah, it’s God’s. And as I sit here trying not to stress over the particulars of the publishing process, I need to remember that if God has been in the whole process so far He’s going to see it through. Just as He will with each and every story I write, which is why I intend on trying to let it all go.