The winner of Jean’s prize is Melanie Pike. Congratulations, Melanie! Now, on to Jan’s Christmas memory. 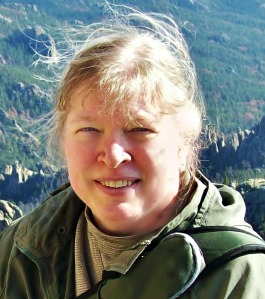 Since my husband and I got married just over thirty-one years ago, we have moved too many times. We’ve lived in six different states (one of them twice), and had a child in four of them.

When a family moves so often, it’s hard to establish traditions. Your favorite restaurant? It’s 700 miles away. That Christmas tree farm where you found the best tree three years in a row? 1200 miles away. That favorite ornament? Sacrificed to a careless moving company. Extended family? Sorry. Spending Christmas with them is rare.

We had to make our own traditions – ones that would move with our family.

I make the same Christmas treat recipes every year. Oh, I can try a new one, but I had better make the old ones, too!

Christmas stockings are always hung up. Sometimes from a fireplace mantel, sometimes on the stairway, but they’re always there.

And we always buy a real Christmas tree. The tree is different every place we live. In Michigan and Indiana, White Pine was the tree our local tree farms raised. In Kentucky and Kansas, we bought Scotch Pines at Lowe’s. In Texas, we bought the cheapest one we could find – usually a Scotch Pine. And here in the Black Hills of South Dakota, we cut our own Black Hills Spruce from the National Forest (with a permit, of course!).

And the ornaments – all the more precious because these are the ones that have survived the many moves – are brought out every year with the stories that accompany them.

There are the two surviving ornaments from my in-law’s first Christmas tree sixty-six years ago.

There are the three ornaments left from my parent’s first tree, sixty-three years ago. 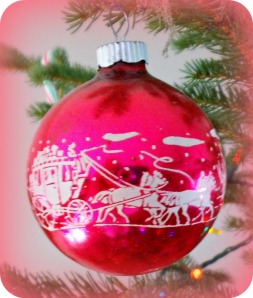 The beadwork bell that was the last gift my grandmother made for me.

And the ornaments our family chose together – a new one every year. 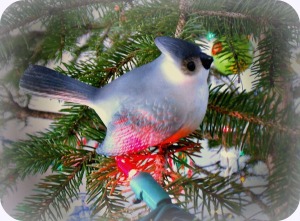 The memories these ornaments invoke are what brings our family in touch with our history every Christmas. The stories are told, the cookies and fudge devoured, the presents opened, and a jigsaw puzzle started…all echoes of Christmases past, and memories for Christmases future.

Jan is giving away a copy of  The Prodigal Son Returns, either e-book or print for domestic, or e-book for international. 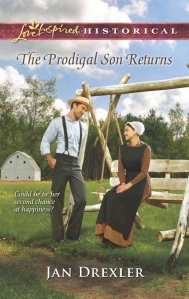 From her first glimpse of his big-city suit, Ellie Miller knows Bram Lapp is trouble. The handsome Englischer says he wants to reclaim the life he left long ago. Even if his smile disarms her, all of Ellie’s energy must go to her children and their struggling farm…and to atoning for her mistakes.

A criminal’s trail has brought FBI informant Bram to Ellie’s warm and welcoming Indiana community. Now he’s posing as the kind of man he once hoped to be. Someone steadfast and upright. Someone who might be worthy of Ellie. Because no matter how much she claims she doesn’t want a second chance at love, he knows he’s found the home they were meant to share.

Jan Drexler lives in the Black Hills of South Dakota with her husband of more than thirty years, their four adult children, two active dogs, and Maggie, the cat who thinks she’s a dog. If she isn’t sitting at her computer ruining – I mean living – the lives of her characters, she’s probably hiking in the Hills or the Badlands, enjoying the spectacular scenery.

*To be eligible for Jan’s book you must leave a comment.